Home » About us » Free Advice for Authors » Bad sex guide

An emotional context is about the frame of mind your protagonist is in at the time, and it serves as the backdrop for all the physical action. Every sex scene has an emotional context, whether your character is passionately in love or just having fun with a stranger, and both should be equally present in your narration. You can convey it in a single phrase or a series of little hints–whatever suits the scene–but it must be visible. Tangible. Thrilling.

Emotions are, at their base level, chemical responses.  The “no strings” sex scene tends to focus on the chemical level of sex, yet it often forgets that “emotions” are just the psychological interpretation. Why is this character looking for no-strings fun? Go deeper. How does this new affirmation of her attractiveness make her feel? Has she ever done anything like this before, and what is this doing to her nerves? Maybe she’s done it a hundred times, but sees it in a different light because it’s with him. Is she excited? Afraid? How will this sex affect the rest of her life? How is this act, this moment, changing her? Real people think about this stuff on reflex during sex, and so should your characters.

Perhaps she’s detached. That’s a whole context of its own (see Angela Carter’s The Flesh and The Mirror for the best detached emotional context to sex ever). Maybe she’s staring at her reflection in the back window of the car while she rides him, noticing every freckle across her nose, and every raindrop that hits that window is like thunder. She is outside herself (whereas if she’s enjoying herself, she is decidedly inside).

Focus on the build-up. If it’s a quick run from the club to the alley, I want to know exactly what she’s thinking. How his grip on her hand makes her feel. Whether the sweat beneath her clothes is still damp, has turned cold, is prickling against her skin—all these things imply important emotional subtext. Likewise, if this couple have been working together for months and this is the climax to weeks of tension, we need to lace their kisses with shock and doubt and fireworks. Make it crack and fizzle. Make it pop.

A sex act may lack desire, if it serves your narrative. But sex never lacks emotion, and that needs to come through in your scene.

You’re Not Being Honest

Let’s get this over with (I know it squicks some people out) but a positive sex scene is written to arouse the reader. You write it as pleasure for your characters, but on the flip-side, it’s pleasure for your readers, too. One sure fire way to make a scene sexy? Be daringly, shockingly honest about your own quirks and desires.

Write about your deepest fantasies. Be bold, be brave. Be detailed. You will nail the emotional context so much better if you do this. A hot sex scene doesn’t have to be about four different positions, half an hour of anal and a 69, all performed on the bonnet of a Ford Focus; get really detailed with a single oral sex scene and you’ll, ahem, hit the spot. I want to know exactly what his tongue does and the response it provokes. Remember to vary your description and vocabulary as much as he various his technique–your sex scene is not a list of stage directions, and likewise, do not write the same fuck three times at different points in your story. Remember, too, that detail can be conveyed in one knowing, clever sentence as well as it can in a whole paragraph.

We all have our little quirks when it comes to sex, whether it’s a certain erogenous zone that we could have stroked for hours, a name we like to be called, a role-play we feel naughty just thinking about, or a special scent of massage oil that a partner bought for a special occasion. Don’t be embarrassed. Throw them in. Nobody has to know where you get this stuff from. You might be surprised as to how many of your readers relate to it. When they feel like you’re right inside their heads, saying the things nobody dares to say—you’re awesome, and they’re right in the palm of your (slightly sticky) hand.

Honesty extends to your phrasing. Do words like flower, nub and folds turn you on? How about sopping pussy or thick-veined column? No, me either. Surprising, that. When you  write honest sex, don’t be afraid to use the “correct” words. Hell, you don’t even need euphemisms; just talk about how he’s “inside” you. We’re big boys and girls, and we know how it works…

You Confuse Fantasy With Implausibility

Here are a few examples:

Fantasy sex: she has one or two awesome orgasms.

Implausible sex: she has orgasm after orgasm. It might happen for some women, yes, but it’s a list rather than a reader experience. Quality over quantity, people!

Fantasy sex: she enjoys a tension-filled build-up to orgasm.

Implausible: she comes as soon as he touches her. Again—poor experience for the reader. We like the foreplay. Hell, we need the foreplay!

Fantasy sex: he has an eight inch cock. Still big enough to make you say “ooh!” but you could probably find this guy in a club (not that I’m going to suggest a reliable method, ahem).

Implausible sex: he has an eleven inch cock. Does it happen? Probably. Is this comfortable for any woman? Not unless she’s built like the Bat Cave, no.

Fantasy sex: he learns what to do as she teaches him, or by his own yummy experimentation.

Implausible sex: he instinctively knows how to make her orgasm and gets her there in three strokes. Yes, being dominated is fun. But the dom who can mind-read, to my knowledge, has yet to be invented, and being dominated is about control of your mind as much as your body.

See how these three link together? Honest, plausible sex with emotional depth is ALWAYS hot. Even if you’re writing a suburban melodrama and your characters are going through the motions, nail the context and it’ll still have shades of ow. 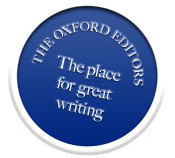 ABOUT US
Meet the editors 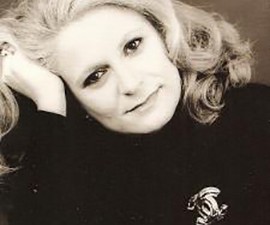 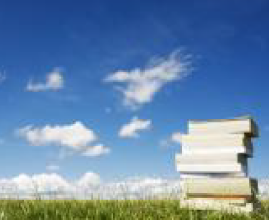 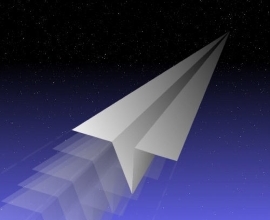 How to submit your manuscript